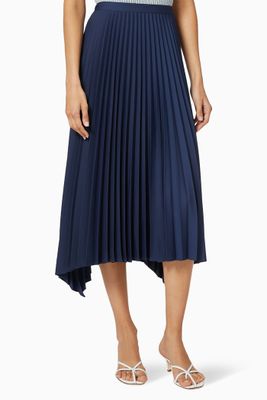 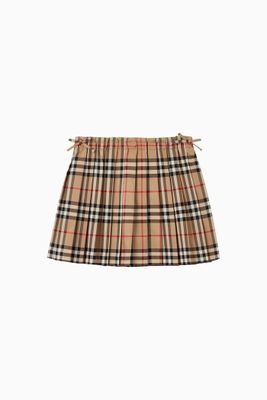 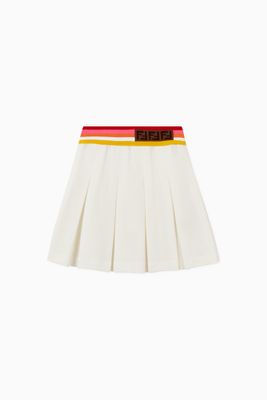 Pleated Skirt in Cotton
Tennis chic is all the rage right now and this Fendi pleated skirt makes a cool addition to your ...
AED950.-
Ounass 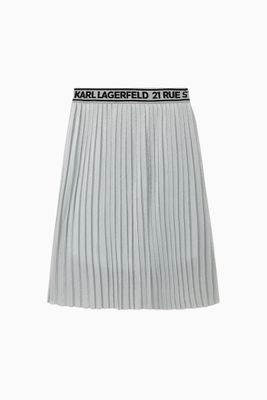 Pleated Skirt
This playful skirt from Karl Lagerfeld is a lovely choice for playdates and parties. • Topped wit...
AED255.-
Ounass 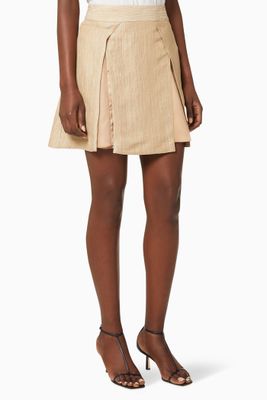 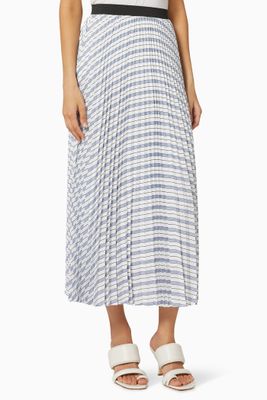 Elasticated Pleated Skirt with Stripes
Add timeless elegance to the wardrobe with this pleated skirt from French label Maje. Crafted in ...
AED1,020.-
Ounass 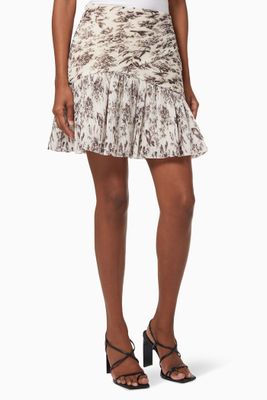 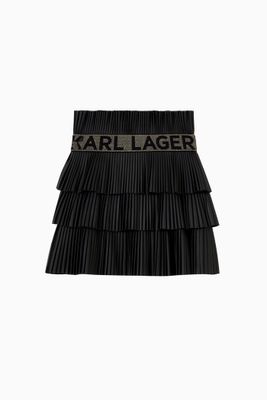 Karl Lagerfeld Logo Tape Pleated Skirt in Nylon
This skirt from Karl Lagerfeld's new collection is one that your little girl can wear for casual ...
AED450.-
Ounass 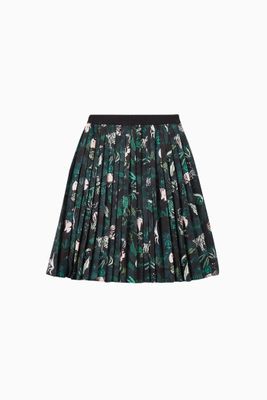 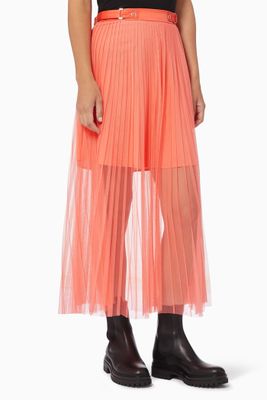 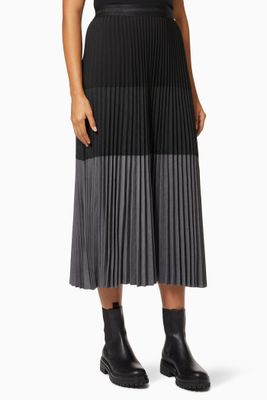 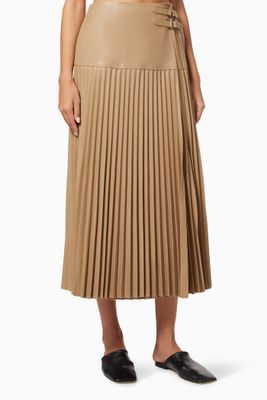 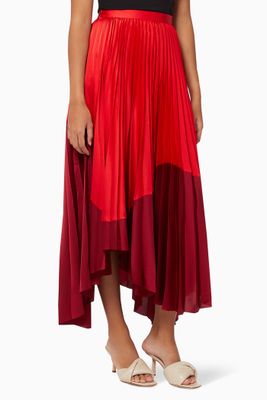 Flora Pleated Skirt in Polyester
For the new season, Acler dreamt up a collection led by confidence and femininity. Uplifting with...
AED860.-
Ounass.ae 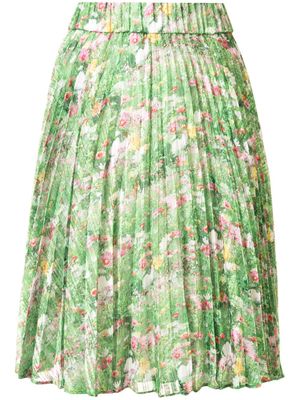 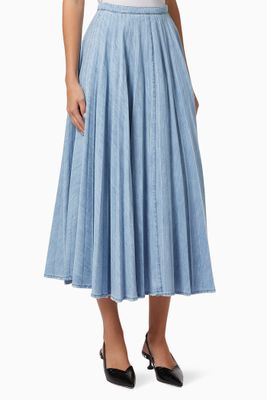 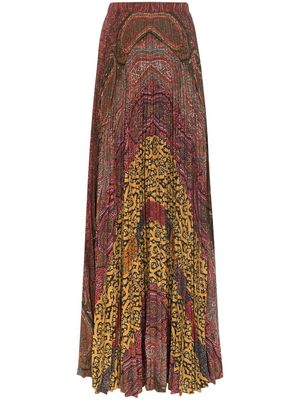 Etro paisley print pleated maxi skirt - 150 MULTICOLOURED
The reigning king of clash and chaos, Etro’s dramatic prints are like no other. The brand is syno...
AED1,094.-
Farfetch 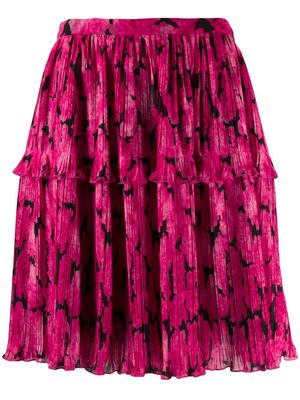 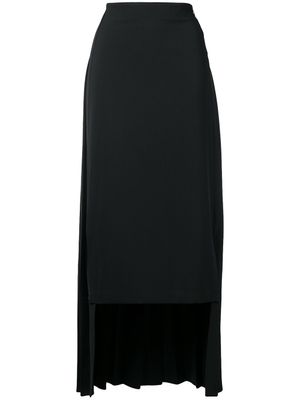 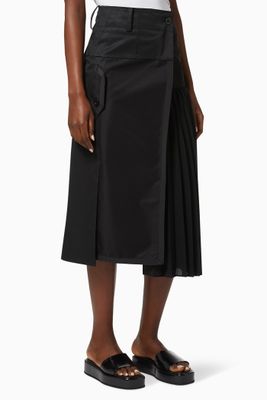 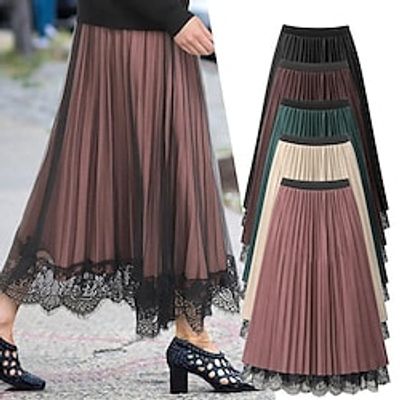 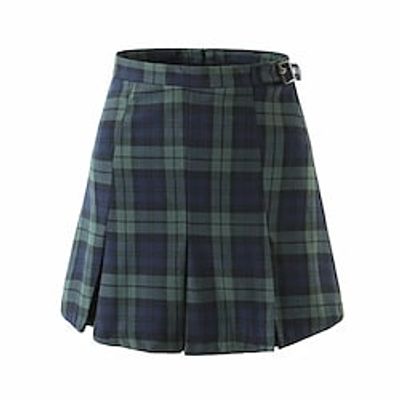 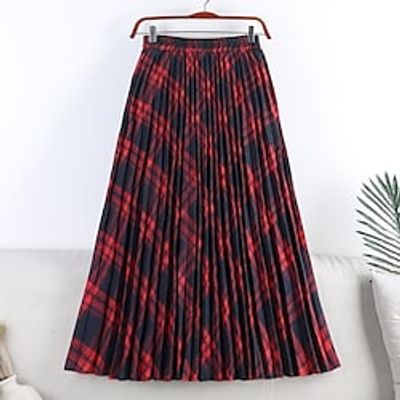 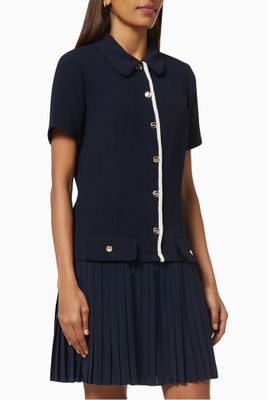 Pleated Skirt Mini Dress in Mixed Material
This playful yet elegant Sandro mini dress is polished with a unique look. Decorated with a Peter...
AED994.-
Ounass.ae 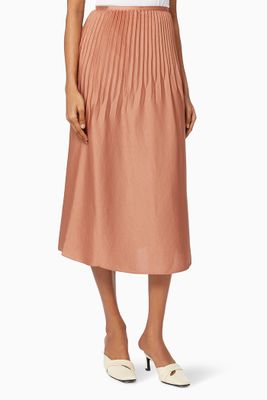 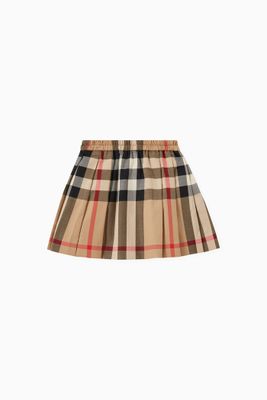 Check Pleated Skirt in Stretch Cotton
Bring some of Burberry's timeless elegance to your little girl's early wardrobe with this pleated...
AED860.-
Ounass.ae 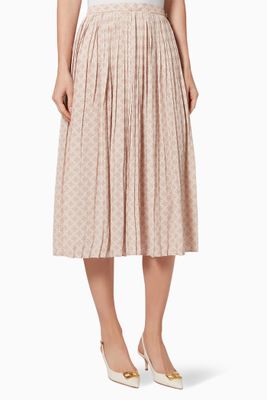 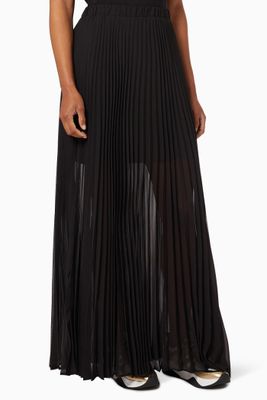 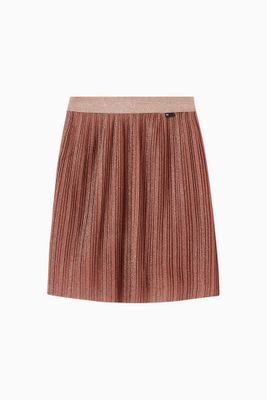 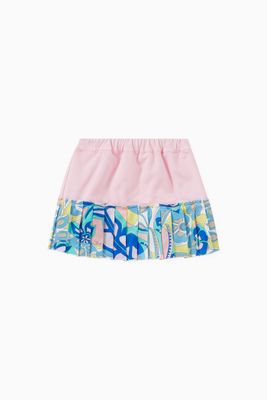 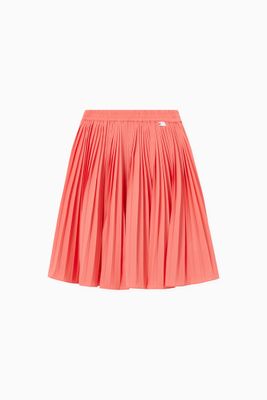 Becky Pleated Skirt
Your little girl will feel so grown up when she wears the timelessly chic Becky midi skirt from D...
AED155.-
Ounass.ae
1 - 30 from 88

We know that you all love your skirts. They make you look chic and stylish. However, just imagine adding a twist to those plain boring skirts. You would rock it! And one such tiny twist that creates a universal appeal and flattering shapes are the pleats! And the ‘pleated skirts’ are trends that you definitely won’t want to miss this season.

Do you know? The pleats were firstborn in ancient Egypt where it was used to decorate the tunics of rulers. Similarly, there are many other examples in the course of history. They show the use of pleats in garments of royalty. Furthermore, today, pleats are not only in skirts; they are everywhere. From blouses to dresses and even in curtains, the pleats are now an omnipresent item. Pleats are segments of excess fabric that are folded to make box shapes that create fullness. They are usually present at the front and the back, just beneath the belt. These peculiar box structures or pleats added to the skirts makes them slick and trendy. However, the world has a very mixed opinion about pleated skirts. They were off the fashion radar for quite some time. But now they are back with a boom.

Undeniably, skirts are the bedrock in the attire business. Regardless of how much the form continues developing, they are one of the sought items in fashion. Moreover, the skirts such as pleated skirts are one such item that intends to show designs, styles and simplicity that accentuates the entire look of the wearer. They are mostly a perfect blend of street style and sophistication. Besides, the peculiar structure, you can find them in a wide array of styles, colours, patterns and types. But you need to be aware of their types. Especially, if you want to achieve the desired look for various occasions and events. We have rounded up a few of their models. Read on to find them out.

Now, this kind of pleated skirt outfit is the one that has kick pleats. Generally, kick pleats are a kind of inverted pleat that is located on the base of a narrow skirt to add more flow. These kick pleats were embedded onto the back of some traditional tighter fitting skirts in the 1940s. This facilitated more effortless movement and comfortability. They are primarily used on straight skirts. Therefore, though the structure facilitates a form-fitted design at the waist, they tend to have a wider bottom which provides the wearer more room for leg movement. The kick pleats usually lead up from the bottom of the hem, which is why short pleated skirts are more common in such types.

To begin with, the upturned creases are formed by collapsing an article of clothing in two and leading them to a solitary line. The two folds consolidate at the middle on the right side. These inverted pleats looking skirts have been in fashion from around the 1920s. Furthermore, the inverted pleat is the opposite of the box pleat. This means, looking at the back of a box pleat will look like what an inverted pleat will look like in the front. Though you’ll mostly find this kind of pleats in knee-length skirts, you can also wear them from high waisted pleated skirts to ankle-length skirts.

They stand out among the most widely recognised sorts of pleats you can discover on skirts. This style of skirt resembles the bellows of an accordion, which is why they are named as such. The skirt with such pleats is both slimming and full to create a balanced feminine appearance. The long pleated maxi skirts with such pleats are an excellent example of accordion-pleated skirts. These skirts often come with heat-set creases that form a zig-zag pattern throughout the skirt, which is narrow at the waist and widen out towards the bottom. This structure gives them their other less known name – ‘sunburst’ pleats. The accordion-pleated skirts usually form-fit almost all body types and frames. They typically come in various lengths, fabrics and cuts, which makes them a go-to skirt style.

They are one of the most commonly worn types of skirts. The pleats in this skirt are two folds of equal width, on the outside and the inside. These narrow pleats face in one direction typically overlap one another, which is then sharply pressed to form perfect creases. If you are obsessed with the slim and classy look, then go no further than these skirts. Not only do they give you a stylish and sophisticated look but also hang loosely on the body for comfort and ease of movement. Knife pleated skirts have more versatility than many other pleats out there, which is why many skirt aficionados favour them.

Tips on how to buy Pleated Skirts online

Pleated skirts look very feminine and pretty, don’t they? You can find them in almost all the chain stores. There is an ocean of pleated skirts available in the market. From plaid pleated skirts to pleated plaid mini skirts, the fashion market has it all. But being in such oodles of types and forms, picking out an ideal one for yourself might drive you bogus. Now, this is why it is essential to look for certain factors in them before you buy pleated skirts online in UAE. Here we’ve enlisted a few tips to make your shopping experience easy. Keep reading to find out.

At a point when you are hoping to create that perfect look with an outfit that is either agreeable and easy-going or exceptionally ladylike and classy, make a point to consider these creased iconic fashion pieces. This is because there is a large number of ways to wear these pleated skirts. Though the only challenge is to find an ideal style that matches the apparel in your closet. Well, it is not that difficult if you have our tips and trick on your fingertips.

Are pleated skirts in fashion?

The pleats have a long-standing tradition of never falling out of fashion. Dominating the fashion scenes for the past few decades, they are now one of the staple wardrobe items for any woman who love skirts. The pleated skirts owe a lot to the fact that the pleated trend is growing overall. The increasing popularity of pleated dresses, pants, blouses and even scarves have played a vital role in making pleated skirts acclaimed in the fashion industry.

Do they make me look fat? Well, ladies, we’ve all probably asked this question at least once in our lifetime. But when it comes to skirts, there is a variety of them for all body types and shapes. This is why even a woman who is slightly chubbier can wear skirts. However, you need to ensure that the skirts perfectly suit your body type. For example, petite women should avoid wearing a pencil skirt as they’ll make you look even shorter. Alternatively, women with long slender legs can go for them.

Can plus sizes wear pleated skirts?

Where to buy long pleated skirts?

With so much popularity, you can easily find these skirts in many stores and branded shops. However, if you want to explore a variety of these pleated skirts, then looking out for them online is the best choice. You can find a plethora of online stores that feature some of the best-pleated skirts out there. You also get to choose from some of the best brands and that too on incredible deals and offers.

Who can wear pleated skirts?

If you are currently preparing your outfit purchase list for the next season, then do not miss out on adding the pleated skirts to your list. Why? Because you can wear these wispy skirts in so many ways. Moreover, you could pair them with any tops. Which why, regardless of your body type, you’ll find a pleated skirt for every single body type. So, every single person can wear these skirts, provided you know your body type well and know how to pick the right skirt based on it.

Thanks to those clean-cut pleats, you now have a twist to your boring skirts. However, we are confident that you would probably be wondering where to buy these pleated skirts. If you want to see and buy the best-pleated skirts, then embark on a shopping experience like no other on Shops.ae: the best product search engine in town right now. The platform features some excellent new look pleated skirts from brands like Zara, H&M, ASOS, Next, Gucci, Ted Baker, Forever 21, Versace, Burberry Adidas.

Find everything about Skirts at Shops.ae