Pure-Formance Dual Action Aftershave, 75ml
Aveda's Pure-Formance Dual Action Aftershave contains an exclusive phyto-active blend with naturally derived ingredients to help reduce razor burn and to moisturise skin. It can also be used on days when shaving isn't required - to improve the texture and tone of skin as well as to reduce pore size while controlling the production of excess oil.
AED221.-
Ounass 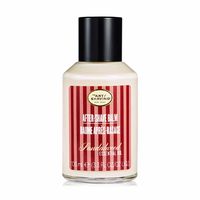 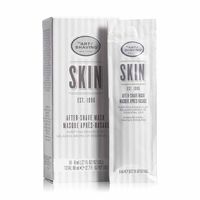 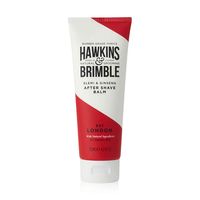 Hawkins & Brimble After Shave Balm 125ml 125ml male
This nourishing blend of olive oil, almond oil and cocoa helps to appease irritation and redness, hydrating skin for a smooth and balanced complexion. Suitable for all skin types, it can be used daily as a moisturizer, as well as a post-shave treatment.
AED60.-
Faces.com 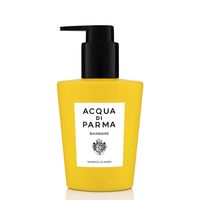 Acqua Di Parma Barbiere Beard Wash 200ml male
The Barbiere Beard Wash is formulated with a mix of mild surfactants perfectly tuned to obtain a sensorial foam, cleansing gently skin and beards. This formula, smart to use and easy to rinse off, develops into a creamy foam able to better penetrate into the beard leaving it soft and silky.
AED170.-
Faces.com 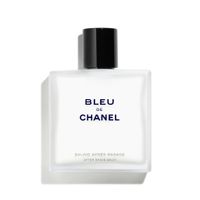 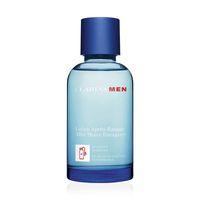 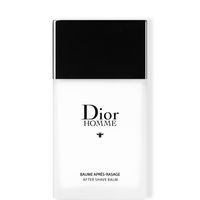 Dior Homme After Shave Balm 100ml 100ml male
The Dior Homme aftershave balm soothes razor burn and pampers the skin with an immediate soft and comfortable sensation. Its innovative, non-greasy texture wraps the skin in the soft and sensual trail of Dior Homme. The shaving products are subtly scented with the woody notes of the new Dior Homme Eau de Toilette. They provide the skin with a pleasant sensation of comfort and wrap it in the soft and sensual trail of Dior Homme. A sculpted block, a light, crystal-clear glass: the bottles of the Dior Homme shaving line are the expression of understated elegance. An obsession with simplicity, a bottle that reveals the essential.
AED256.-
Faces.com 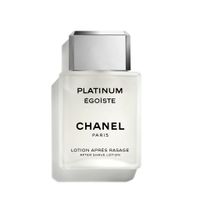 Chanel PLATINUM ÉGOÏSTE AFTER SHAVE LOTION 100ml male
The fougère-green accord of the PLATINUM ÉGOÏSTE fragrance in an invigorating, bracing after-shave lotion that leaves the skin delicately scented.
AED310.-
Faces.com 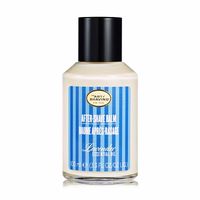 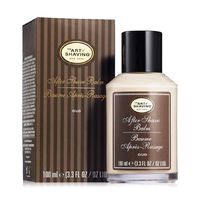 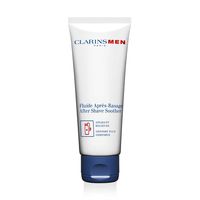 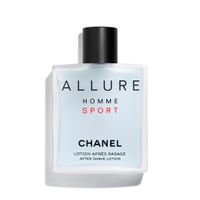 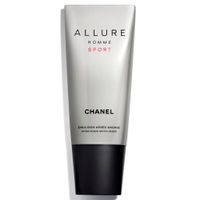 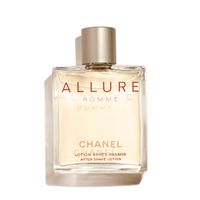 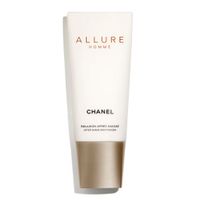 Chanel ALLURE HOMME AFTER SHAVE MOISTURISER 100ml male
The fresh-spicy-woody composition of the ALLURE HOMME fragrance in an after-shave moisturiser that soothes and softens the skin. A fresh, light, non-oily texture that leaves the skin delicately fragranced.
AED230.-
Faces.com 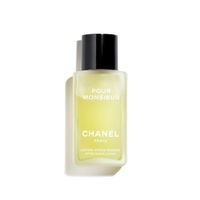 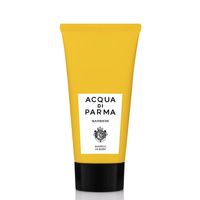 Acqua Di Parma Barbiere Beard Wash 75ml male
The Barbiere Beard Wash is formulated with a mix of mild surfactants perfectly tuned to obtain a sensorial foam, cleansing gently skin and beards. This formula, smart to use and easy to rinse off, develops into a creamy foam able to better penetrate into the beard leaving it soft and silky.
AED125.-
Faces.com 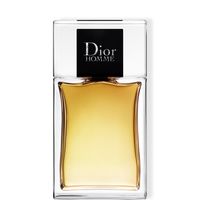 Dior Homme After Shave Lotion 100ml 100ml male
The fresh and soothing texture of the Dior Homme aftershave lotion provides the skin with an immediate sensation of comfort. Ideal for daily use, it tones and protects the skin after shaving, leaving it soft and mattified. The shaving products are subtly scented with the woody notes of the new Dior Homme Eau de Toilette. They provide the skin with a pleasant sensation of comfort and wrap it in the soft and sensual trail of Dior Homme. A sculpted block, a light, crystal-clear glass, the bottles of the Dior Homme shaving line are the expression of understated elegance. An obsession with simplicity, a bottle that reveals the essential.
AED332.-
Faces.com
1 - 20 from 20

Aftershaves made their very first appearance at the barbershops. The professional barbers used a high-alcohol splash as an antiseptic to kill bacteria and minimize disease transmission from one client to another. It was also used to reduce the risk of infections on the face and to smell nice aftershave.

This splashing on aftershave soon went beyond its practical purpose and became a world-famous tradition. For generations, men liked the revitalizing sensation and tingling effect offered by alcohol. However, the high level of alcohol often left the skin irritated and dry. At times this dryness also worked as a barrier that was difficult for hair to pierce through. As a result, many faced the growth of hair that damaged the health and glow of the skin. It also led to blocking the regeneration of healthy skin cells. To avoid all such problems, the professionals came up with an advanced version of aftershave that men use today.

Everything you need to know about aftershave

An aftershave is a skincare product that is applied to facial skin after shaving. It mainly contains alcohol and is available in liquid form. But today, you can also find it in gel, lotion or even in paste texture. Besides alcohol, it also contains antiseptic agents like serrated citrate, denatured alcohol, or witch hazel. All these ingredients help to prevent infections that generally results from cuts. They also serve as astringent and reduce skin irritation. In most products, menthol is used to numb irritated skin. Men’s aftershave balms are recommended for winter use as the lotion texture soothes irritated skin and keeps it moisturized. Many types also contain essential oils or fragrances to enhance the scent.

In the baseline, aftershave is used to treat your skin after shaving off the hair thoroughly. The benefits of this men’s product depend on what it contains. Traditionally an alcohol-based aftershave acts like a sanitiser for the face. This is because when you shave, tiny cuts are left behind, exposing a bit of the epidermis (second layer of skin) as well as the prose. These open skin cells and pores are prone to bacteria and other material logged inside. Commonly the aftershaves contain ethyl alcohol and isopropyl alcohol that work the same way as hand sanitiser or rubbing alcohol. Other options ingredients include jojoba oil, aloe Vera, coconut oil or more that help to soothe and moisturize the skin after razor treatment.

Mandatory ingredients in an aftershave

Typically an alcohol-based aftershave will kill some of the bacteria. However, it won’t give you any real health benefits in the long run. But it is important to avoid aftershaves with artificial fragrances as they contain harmful chemicals that can cause or initiate existing allergies and result in serious irritations. I prefer buying aftershaves that contain ingredients like Shea butter, witch hazel (a plant-based astringent), essential oils (like eucalyptus, lavender, or tea tree oil), vitamin E oil, or chamomile for soothing skin. Ingredients like aloe Vera and glycerin for skin moisturizing and natural scents like cedarwood, green tea, oatmeal or anise can also be a part of it.

It is not mandatory to use aftershave every time you do your face. However, it does bring you some health benefits that you cannot deny. If you have sensitive skin and issues like open pores after shaving, you can opt for natural ingredients like jojoba or coconut oils. Or you can use tips like tapping your face with cold water after the shave to soothe treated skin. Moreover, there are times when you can use aftershave without shaving. If it contains moisturizing ingredients like aloe Vera, Shea butter or vitamin E oil, you can use it as a regular skincare routine.

Aftershaves are best at certain points in your shaving routine. The best way is to follow your usual having routine on any part of your body (legs, armpits, or face) and rinse the area with cold water. Make sure you remove all the shaving cream, lotion or gel. Now use a clean towel to pat dry; avoid rubbing the skin, which may lead to irritation or damage. Now put a small amount of aftershave on your palm and rub it in both hands to spread evenly. Tap the aftershave on the entire surface of the skin you just shaved and gently massage it into the skin.

Tips on how to buy Aftershave online in the UAE

When it comes to buying skincare products like aftershaves, you should ways pay attention to the ingredients it contains and the skin type you have. A suitable aftershave is always the one that matches your skin type and makes you feel good and refreshing when it comes in contact with your freshly treated face. Luckily there is a wide range of aftershaves available for dry, oil, sensitive and combination skin. So before you head to purchase an aftershave, know your skin well. Further, you will need to consider the below-mentioned pointers to make a smart choice in aftershave and make your skin feel loved.

At Shops, you can take advantage of the price comparison tool to find cheap products from different brands. It is always better to compare the price and features of any spice on more than one brand and choose one that suits your budget and needs. Also, it is important to look at the customer reviews before you add any item to your cart. Prefer buying products with at least three out of five-star rating. It will help you make a healthy buying decision online.

What is the most expensive aftershave to buy?

Aftershaves are also used as luxury skincare item for men. And there are some unbelievably costly items available in the market. The Shumukh worth $1.29 million, whereas DKNY Golden Delicious Limited Edition costs about $1 million per oz. Likewise, the Baccarat Les Larmes Sacrees de Thebes is priced at about $6,800 per oz; the Roja Haute Luxe will cost you about $3,500 for 3.4oz, and the Alaïa Eau de Parfum- will cost you about $2,500 for 33oz.

What is the top 10 aftershave for men to buy?

Not all aftershaves as expensive we the one mentioned above in the discussion. You can still enjoy the optimum luxury and fragrance by buying products like Sauvage by Dior. Dior’s fresh and bold scent; 1 million by Paco Rabanne; Black Orchid by Tom Ford; Explorer by Montblanc; Man by Jimmy Choo; Le Male by Jean Paul Gaultier; Light Blue Pour Homme by Dolce & Gabanna; or BOSS Infinite by Hugo Boss. Or if you want, you can look for items like Invictus by Paco Rabanne or Stronger with you by Armani.

What is the difference between cologne and aftershave?

Cologne is the oldest term used for perfumes. It was mainly used in North America for men’s fragrances. Colognes are light, fruity and fresh smelling. They are mainly composed of 2 to 4 per cent oils in alcohol and water and ideal for younger people. Whereas an aftershave us fragrant alcohol rub that men pat on their neck and cheeks after shaving. It contains only about one to three per cent of scent and is intended to be used as a moisturizer or antiseptic. Aftershaves are meant to cure skin irritations or related issues.

The smell of an aftershave depends on the type of scents or oils used. So to check for the fragrance of aftershave, you will need to read the product description section. Typically a classic aftershave contains saga or spiced undertones. They give a woody scene and will submerge into the skin leaving behind a soothing sensation.  They not only smell great but leave the skin revitalized and youthful.

Where can I buy aftershave online in the UAE?

A trusted retail search engine is the best place to explore online when it comes to buying original and high-quality perfumes or aftershaves. For instance, at Shops.ae, you can find top brands like  Paco Rabanne, Dior, Giorgio Armani,  Polo, Chanel, Ford, Nivea, Old Spice or Tom Ford. Here you can use the price comparison to find top products like Invictus aftershave, various Armani aftershave, and all the flavours of old spice aftershave.

Find everything about Aftershaves at Shops.ae | MiddleEast

Search through all the webshops of AE.

Search through all the webshops of AE.

Yes, keep me up to date about the newest products and offers on Shops.ae and sign me up for the weekly newsletter.