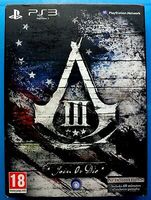 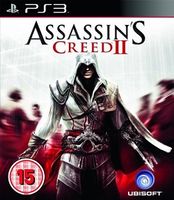 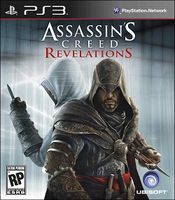 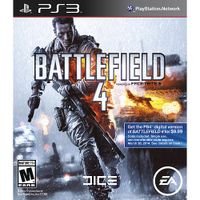 Battlefield 4 - PlayStation 3
Battlefield 4 is a genre-defining action blockbuster made from moments that blur the line between...
AED135.50
Menakart.com 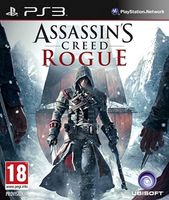 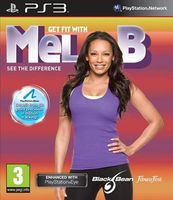 Get Fit With Mel B - Fitness - PlayStation 3
Expect amazing thrills and power up to stomp the competition Superlative sound and graphics make ...
AED125.-
Menakart.com 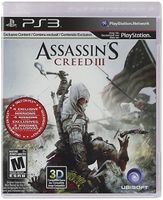 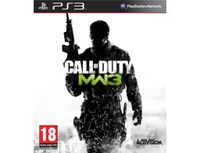 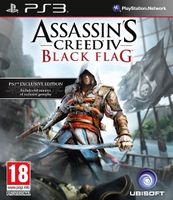 Assassin's Creed 4 - Black Flag - PlayStation 3
The year is 1715. Pirates rule the Caribbean and have established their own lawless Republic wher...
AED103.95
Menakart.com 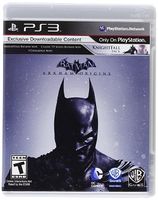 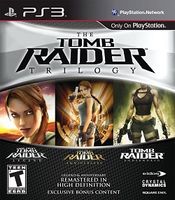 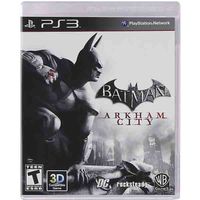 For some people, it might be hard to believe that it was more than a decade ago when Sony released PS3. While it is true that nowadays video games are far superior to PS3 games, sometimes it feels good to revisit those games that you played as a kid.

Sony only releases new versions of PlayStation every five years or so. For that reason, all of the revisions of their gaming consoles come with exciting new changes and improvements. This was the case when PS3 came along and sent PS2 to oblivion. With PS3, PlayStation consoles became about more than just gaming. You could also use it as your main internet streaming device. However, gaming was always the priority. And it was extremely good at that as well. But before you start shopping for PlayStation 3 games, read this article to know more about them. This will help you make better choices when you shop for them.

Four of the PS3 games of all time

People’s fondness for games is purely subjective. Sometimes you can be a hardcore fan of a certain game, but your friends might not like it. It can also go otherwise. But this is not the case always. There are some games that are equally loved by every gender and age. But some of those games are liked by all the gamers such that it is safe to call those games the best. So, here is a list of four games that everyone agrees that were among the best PS3 games out there. In this article, you will also find some really useful tips that you can follow while shopping for them online.

With the coming of new and more advanced First-person shooting games, Call of Duty might not be as popular today as it once was. However, this was not the case in the mid-2000s. The release of Call of Duty: Modern Warfare was a historic moment for all shooting games. In fact, it became the benchmark for all the FPS games that came afterwards. Even today, there aren’t many games that match the gameplay experience of this game. It might be surprising to hear that there are video game enthusiasts who can’t let go of this modern-day classic.

This game came five years after the original release of PS3. The game graphics had improved considerably in those five years. You can change this improvement when you compare the PS3 games that came out in 2006 and 2011. Batman was among one those games that had better graphics than its contemporaries. In this game, the gameplay takes place at night. There is no denying that the nighttime open world in the game looks fantastic, even by today’s standards. Much of the game is based on the two Batman movies that came out before the game.

Not all of the best games of all time are those that try to be realistic. Some are there because of the exceptional entertainment value that it provides despite the intentionally childish graphics. This game particularly was unique. It provided the players with a lot of freedom inside the game by allowing them to create content inside the game. Yes, it is similar to Minecraft but on a smaller scale. LittleBigPlanet 2 basically lets you create new stories and game worlds. You can argue that this was not the game with the best gameplay ever. However, that is not the reason why this game is on this list.

The Last of Us

It wasn’t long before the release of PS4 that this PlayStation 3 game came out. The name will also sound like it is trying to predict the arrival of the PS4. Luckily, they also released a version of this game that was compatible with PS4 not long afterwards. Regardless of how much shelf life this game had as a PlayStation 3 game, there is no denying that this is an incredibly great game. It brings together everything that you would want in a AAA title. It has splendid graphics, immersive storytelling, compelling gameplay, and easy to understand concepts.

Selecting a game is not that difficult. However, finding the right one among thousands of them can get a little overwhelming. Games are wildly different from each other when it comes to gameplay, storytelling, duration, and genre. Therefore, if you select a game randomly, the chances are that you might not like it. But if you know what to look for in PlayStation 3 games, it will be easier for you to make the right choices. Here are a few tips that you can follow while shopping for them.

This is not the full list of things to look for in a game. Apart from these points, there are a couple of other things as well that you should consider while selecting a good PlayStation 2 game. These include things like gameplay speed, story, and how long it will take you to finish a level. Also, don’t forget to check out other amazing titles from the Games category.

PlayStation 3 allowed users to experience 3D gameplay using stereoscopic glasses. Although there were many PS3 titles with 3D support, not all of them were great. However, some of them offered a lot more than just 3D gimmick. One of the best 3D supported games that made its way into PS3 was Assassin’s Creed Revelations. The game made good use of 3D as the visual experience was also stunning. Other notable games that offered 3D were Batman: Arkham City, Call of Duty: Black Ops, Cars 2: The Video Games, and Dynasty Warriors 7.

Can you play PS3 games on PlayStation 4?

PlayStation consoles are not like Xbox. In the case of Xbox, as long as the console supports the CD, you can play any game regardless of which version of the console it was actually meant for. You can’t do the same with PlayStation. Therefore, generally, you cannot play PS3 games on PS4 consoles. However, Sony added backwards compatibility for a few game titles in select regions of the world. These include the US and some European countries. So, unless you live in any of these places and the game you want to play is supported by Sony, there is no way of running PS3 games on PS4.

Is it worth buying a PS3?

Sony does not sell PS3 anymore. So, you should be able to find a used one for less than half of the original prices. But the question is, is it really worth owning one? Well, it depends on what you want to do with it. You cannot play new titles on the old console. But if you have a large collection of PS3 games, then you can go and get a new one. Moreover, the PS3 console is also an amazing multimedia system. That means by getting a PS3, you are also getting a device that you can use to stream Netflix and YouTube on your TV.

Find everything about PS3 Games at Shops.ae