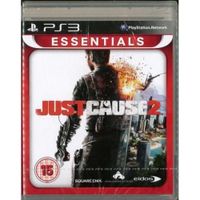 Just Cause 2 - PlayStation 3
Rico Rodriguez is looking to start another revolution and he s not using the usual diplomatic cha...
AED135.95
Menakart.com

Titanfall - Xbox 360
Prepare for Titanfall. Crafted by one of the co-creators of Call of Duty and other key developers...
AED131.25
Menakart.com 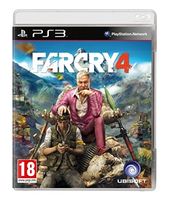 Far Cry 4 - PlayStation 3
Far Cry 4 is an open-world first-person shooter that delivers the most expansive and immersive Fa...
AED140.95
Menakart.com

Call of Duty: Black Ops II - Xbox 360
Pushing the boundaries of what fans have come to expect from the record-setting entertainment fra...
AED185.-
Menakart.com 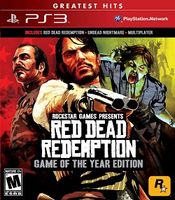 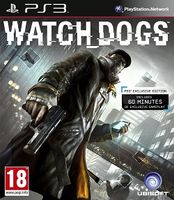 Watch Dogs - PlayStation 3
All it takes is the swipe of a finger. We connect with friends. We buy the latest gadgets and gea...
AED155.95
Menakart.com 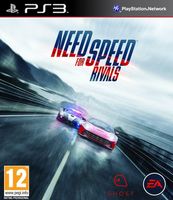 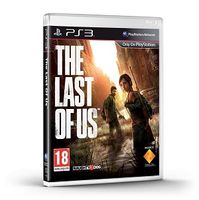 The Last of Us - PlayStation 3
The population has been decimated. The United States government has collapsed long ago. Twenty ye...
AED150.25
Menakart.com 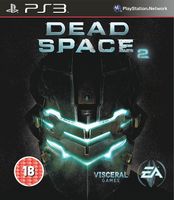 Dead Space 2 - Playstation 3
Engineer Isaac Clarke returns for another blood-curdling adventure in the sequel to the criticall...
AED135.95
Menakart.com

FIFA 15 - Xbox 360
Models the emotions of all 22 players on the pitch for contextual in-game reactions Teams have co...
AED110.75
Menakart.com 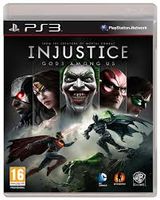 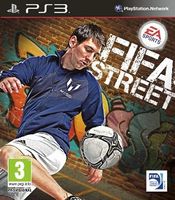 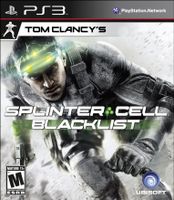 Tom Clancy's Splinter Cell - Blacklist (PlayStation 3)
When the US becomes a target...and the clock is ticking...it's down to one man to save the lives ...
AED120.25
Menakart.com

Payday 2 - PlayStation 3
Put a crew together for the second entry in the thrilling heist shooter PayDay. Don the masks of ...
AED135.95
Menakart.com 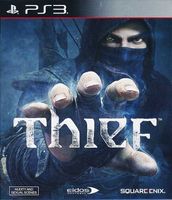 Thief - PlayStation 3
Garrett, the Master Thief, steps out of the shadows into the City. In this treacherous place, whe...
AED140.95
Menakart.com 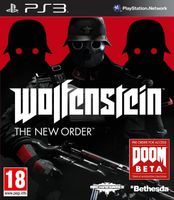 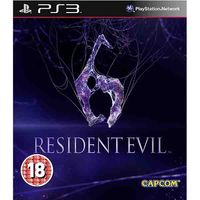 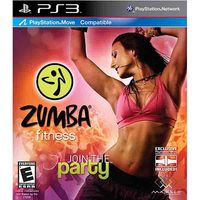 Zumba Fitness - PlayStation 3
About the productBoth locally and online - as you team up and try to earn the highest workout sco...
AED280.25
Menakart.com 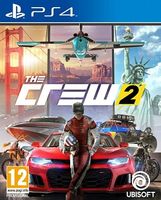 The Crew 2 - Playstation 4
The newest iteration in the revolutionary franchise, The Crew 2 captures the thrill of the Americ...
AED80.-
Menakart.com 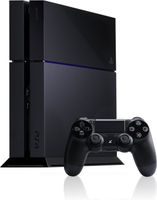 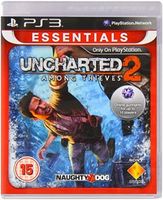 Uncharted 2 - Among Thieves - PlayStation 3
Nathan Drake is back, as gaming's most charismatic hero tries to solve the mystery of Marco Polo'...
AED155.95
Menakart.com 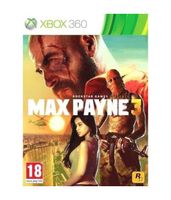 Darksiders 2 - Xbox 360
Darksiders 2 follows the exploits of Death, one of the four horsemen of the Apocalypse, in a weav...
AED135.95
Menakart.com 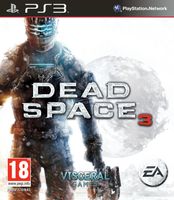 Having the best game console brings tons of fun, especially if you are a passionate gamer. It offers you a portal that can allow you to travel through the fantasy world. If you have not tried any or looking for a replacement, here are crucial things to know about them.

Do you remember yourself playing Super Mario Bros? Since our childhood, we have known the ultimate fun and engagement video games can offer. Well, both games and game consoles have changed a considerable deal from what we had in earlier times. If you buy a game console online in the UAE, you will find basic ones that will make you remember your childhood to portable gaming rigs with powerful features to offer a 4K HDR and a virtual reality game experience. Some game consoles remain in your living room, maybe connected to your television or other equipment, whereas others are handheld consoles that you can carry anywhere. Read on to explore more.

Things to know about game consoles for kids & adults

If you are buying it for the first time, then let us introduce you to the world of consoles. Game consoles are basically machines that play video games. With the help of consoles and accessories like a controller, buttons and joysticks or pads, the player can interact with the game. Today’s popular and top-selling game consoles include the PS4 family, the Nintendo Switch, and the Xbox One range. Though mobile gaming has become popular these days, they do not match the experience and gaming quality you get on a dedicated console. Let us dive deeper to understand the features of popular ones.

PlayStation is a series of video game console devices that Sony has developed. PS4 is the eight-generation game console that Sony Computer Entertainment has released. If you are wondering what all you will get with a PS4, then here’s the answer. You will get a power cable and HDMI cable with one Dual Shock 4 controller and, not to miss, a micro-USB cable to charge it. You can also find a mono headset so as to use voice chat. It would require a connection to WiFi or modem. The biggies of the world of games come alive on PS4 like superstars of FIFA 19, Red Dead Redemption 2 & more. With this device, you can even enjoy many social features like community creation, live streaming, media sharing and more. The Pro version comes with enhanced functionalities.

Microsoft has always been a big name in the PC software industry. However, in 2001, it entered the console market with Xbox, giving competition to players like Sony and Nintendo. Its journey started with Xbox, and one of its biggest hits was Halo, a science fiction first-person shooter game by Bungie. Among the models of Xbox released so far, Xbox one, one S, and One X are the recent ones. The latest Xbox One X was released in the year 2017. It is the console that offers a life-like 4K gaming and runs on 60 FPS. It runs similar software and games that you can find in Xbox One systems.

Kids leaning on smartphones is a common picture seen in most homes. However, the same may develop problems in their spines and eyes. An easy way out is to bring a game console for them. You can get your hands on basic to the best game console in the world. Game consoles give a comfortable, innovative and friendlier atmosphere to the kids while playing. Some of the popular consoles for kids include Nintendo switch, PS4 pro, Play Station 4 slim, Xbox one S etc. Some models can be handheld, whereas others can be connected to the TV. They come in varying features and games. So, look no further and let your kid enjoy games like Mario Party, Super Mario Tennis Aces, Let’s Go Pikachu and many more.

Tips on shopping for Game Consoles in the UAE

Purchasing game consoles can be very confusing for you, especially if you are a first-time buyer. There are several factors to consider, like your age, games you are interested in, storage capacity, 4K, or HD versions, and not to miss your budget because it can sometimes become an expensive deal! So, here are some guiding tips that will help you choose the best and most appropriate one.

Now that you have explored many things about game consoles, aren’t you eager to purchase one? Well, on Shops.ae, you can access a wide collection of consoles. Whether you want to buy PlayStation 4 online in UAE, Xbox versions, new Sony games console, or tv game console, you can explore many models. You can even compare prices if you have budget restrictions. So, make no delay and go ahead to find the best ones while stock lasts. Also, find parts and accessories for computers here.

Where to buy game consoles in Dubai?

If you want to buy game consoles online in Dubai, then you are in the right place. Here, on Shops.ae, you can find more than 500 online stores that sell the best game consoles. You can find all the popular brands here, including Nintendo, Sony, and Microsoft. So, it’s easy to find almost anything and everything in one place. Moreover, it is easy to set preferences like price, brands, and sellers for a quick browsing experience. You can even compare prices to find the model that suits your budget.

What is the best game console?

The definition of the ‘best game console’ depends on several factors. Different consoles can prove to be apt for different types of users. It depends on who are you buying it for, which games you like, do you like online services, and what budget you have. For example, PS4 is good for young adults due to the range of platform-exclusive games it offers. On the other hand, Nintendo gives kid and family-friendly vibes, and Xbox fans are mostly young teenagers. For more ideas, you can explore the seller stores at Shops.ae and see their best selling items.

Which is the cheapest place to buy game consoles online?

Game consoles would not generally vary as per the stores, but you can find offers and deals on some platforms. The best way to find cheap options is to go to a product search engine or price comparison website. Well, you are in the right place already. Here, you can find hundreds of sellers that offer consoles. If you are looking for PlayStation 4 console deals in UAE, you can find them here. You can compare features and prices to find the products suit your budget. Explore now to find the best deals on the latest games and gaming consoles.

Out of PS4 and Xbox, which one is better to buy?

There are two tough competitors in the gaming world. Both are neck-to-neck in terms of features like graphics, games and media features. So, the choice majorly depends upon personal preferences. However, pay attention to the games you want to play. If those are cross-platform, they will run on both, but if those platforms are exclusive, you must choose the one that lets you play that game. Sony exclusive games would be mostly supported by PS4, whereas Microsnes will be played on Xbox. Whether you are finding Xbox 360 for sale in Dubai or any PS4 model, you can find almost everything at Shops.ae. If you have some budget restrictions, you can easily compare prices here. So, look no further and initiate your journey now!

Find everything about Systems at Shops.ae