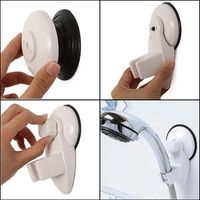 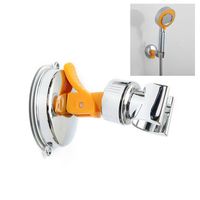 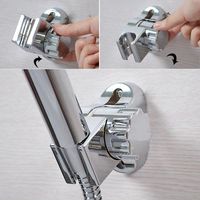 Unless you are buying an all in one shower cabin, you will have to combine various different shower parts to install a shower in your bathroom. While it is a challenging task, it is also one of the most enjoyable parts of modelling a house.

Every household must have at least one shower. Sometimes you might need two or three of them if there are more people in your household. Even though logically, the shower is just a functional item in your house that you use to freshen up, it has become a thing of decoration in the bathroom. Every year, we come across newer and newer designs of them. But this wide range of options also makes it harder to make a choice. Read this article to know more about shower parts. Having a better understanding of them will help you when you are shopping for them.

When it comes to a shower, there are parts that are necessary, and there are parts that are optional. Examples for optional parts include body jets, shower panels, curtains, dual valves, etc. But there are some essential parts without which a shower wouldn't be usable. So, whenever you are installing a shower, the first priority should be for those essential items. After getting them all right, you can move on to other less important bits. Here is a list of the four most important shower parts.

A shower is completely useless if you can't control the flow of water through it. You should be able to open and close a shower valve whenever you want. In a shower, the part that makes it possible to do this is the shower valve. Unlike a faucet, you won't see the entire part of the valve in most cases. This is because many models hide the actual valve under the valve, and only the valve handle is visible outside. A shower valve can have two or three positions depending on the model. In models with only two positions, it will be either open or close. In models that have three positions will have an extra position for cold water.

The shower pan is one of the most basic shower parts. But it does the important job of containing the shower water and not letting it flow out onto the bathroom floor. If your shower pan happens to leak, the water will stay under the pan and will eventually rot the floor or dissolve the grout. While this can happen to stone flooring, you have to be even more careful if the flooring is made of wood. So, if you notice a leak on the pan, you should immediately fix it or replace it. Shower materials come in a wide variety of materials.

A shower won't be usable if the shower drain is not working properly. It is the part that handles the wastewater, filters it, and routes it to the sewage system. However, the shower drain itself consists of a few different parts. The part that is visible outside on the surface of the floor is the shower strainer. The strainer covers the drain and keeps objects that are too big to flow through a drain from falling down into the drain. The strainer is also the part that has more emphasis on appearance. While you won't find a lot of variations among the rest of the drain parts, strainers come in a lot of sizes and shapes.

Every home needs at least one bathroom, and every bathroom needs to have showers. And it is several different shower parts that make up a shower. But finding the right shower parts can be harder than you might imagine. Because there are so many different types of them, choosing one out of them can be an overwhelming task. However, it can be easier if you know what criteria to consider in them. Here are some tips that you can follow while shopping for them.  Besides shower parts, there are many other items that are going to be helpful in your home. These include kitchen sinks, bathroom faucets, garden faucets, sauna accessories, heaters, toilets, basins, and many more. The good news is that you can find them all easily using our shopping search engine. That way, you can also compare the prices and features of different products and pick the best one among them. Also, don't forget to check out other amazing products from the Sanitary category.

Are all shower fittings the same size?

There are two ways you can measure the shower parts. One way is to measure the actual size of the parts. But all of us know even without measuring that not all of them have the same size. However, is it possible to fit a shower part designed for a particular model on another model? Well, because most stopper valves used for household plumping are the half-inch stopper valve, you can fit any shower head and shower valve with another model of shower parts. In that sense, shower valves and shower heads are of the same size.

How does a shower valve work?

Do a shower use more water than a bath?

That depends entirely on how long the shower lasts. On average, a person uses seven to eight litres of water in a minute while showering. So, if he showers for five minutes, he will be using up around thirty-five litres of water. But you have to keep in mind that he might not be running the water for the entire five minutes of the shower. So, the actual amount of water will be less than this. But a bath uses much more water than this. A typical bath would hold around 130 to 200 litres of water. Therefore, showers use significantly less water than a bath.   If you are looking to buy shower parts online in the UAE, look no further as you are in the right place. There are more than 500 shops and brands offering them here on Shops.ae. Explore them from shops like Menakart, Lifestyle, and many more. These shops offer products from popular brands like Kohler, Grohe, American Standard, Mira Showers, Aqualisa, Triton Showers, and Gerber.

Yes, keep me up to date about the newest products and offers on Shops.ae and sign me up for the weekly newsletter.